Every coffee shop is different, and no one knows that better than you—the coffee shop owners who build a unique story and brand with every cup. Welcome to the latest edition of Breaking New Grounds. 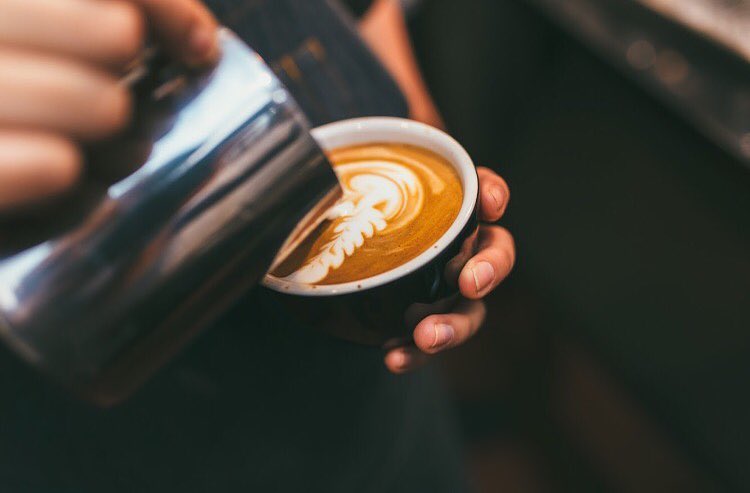 Co-owner of Frisson Espresso, Tulian, used to get a “word of the day” texted to his phone. One day, the word frisson popped up—a French word meaning “a moment of excitement,” which is exactly how Tulian feels about coffee.

“It’s funny how something you never cared about before, you can fall in love with,” says Tulian. “I don’t go a day without coffee. Coffee’s been a savior.” Tulian started off as an espresso machine technician at El Dorado Roasters and later Dallis Bros, but he eventually became more interested in using the machines than maintaining them. Combining his experience with co-owner and best friend Robert, previously a deli owner, the two opened their first coffee shop in 2014.

Frisson Espresso was a self-made venture from the start. Neither Tulian nor Robert had much experience with specialty coffee, but they did share a passion for the industry. Tulian started by purchasing his own home espresso machine to practice making cappuccinos, his favorite drink (he has a minimum of two a day and maxes out at four or five). Today, it’s a popular Theater District stop for a wide variety of customers—Midtown commuters, tourists, and neighborhood folks alike. A second location opened in the East Village in early January, and Frisson is slated to expand to around five locations in the future. Every team member they on-board is equally growth-oriented, as the pair tries to create a community of employees who push each other to be better. “I can teach you to make latte art, but I can’t teach you to make progress,” explains Tulian. “I’m happy if I’m the worst one here.” 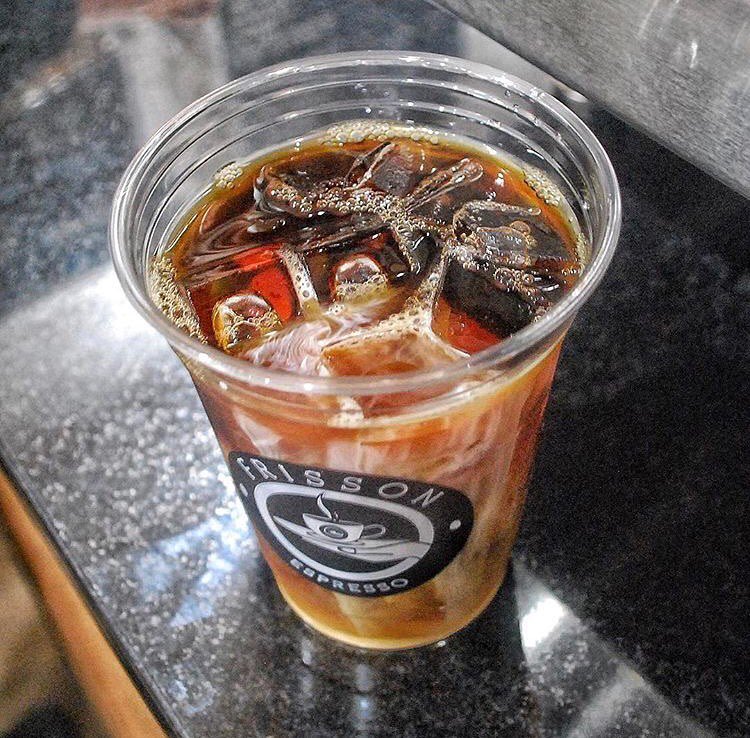 The co-owners expect themselves and their team alike to be continually upping their game. “We’re changing constantly—changing art, changing little details,” Tulian says. At Frisson Espresso, it’s the details that make a great cup of coffee—in the quality and in the service. “People like to see, touch, smell. So they smell the coffee’s great, they taste the coffee’s great, and they see it’s great,” says Tulian. Every barista has a signature latte art move; most do tulips, but others do swans and rosettas. They’re also always willing to work with a customer on a custom beverage. “One time a guy asked me, ‘Can I get a vetro?’” says Tulian. “I asked what it was—it was just an espresso in a glass cortado cup!” 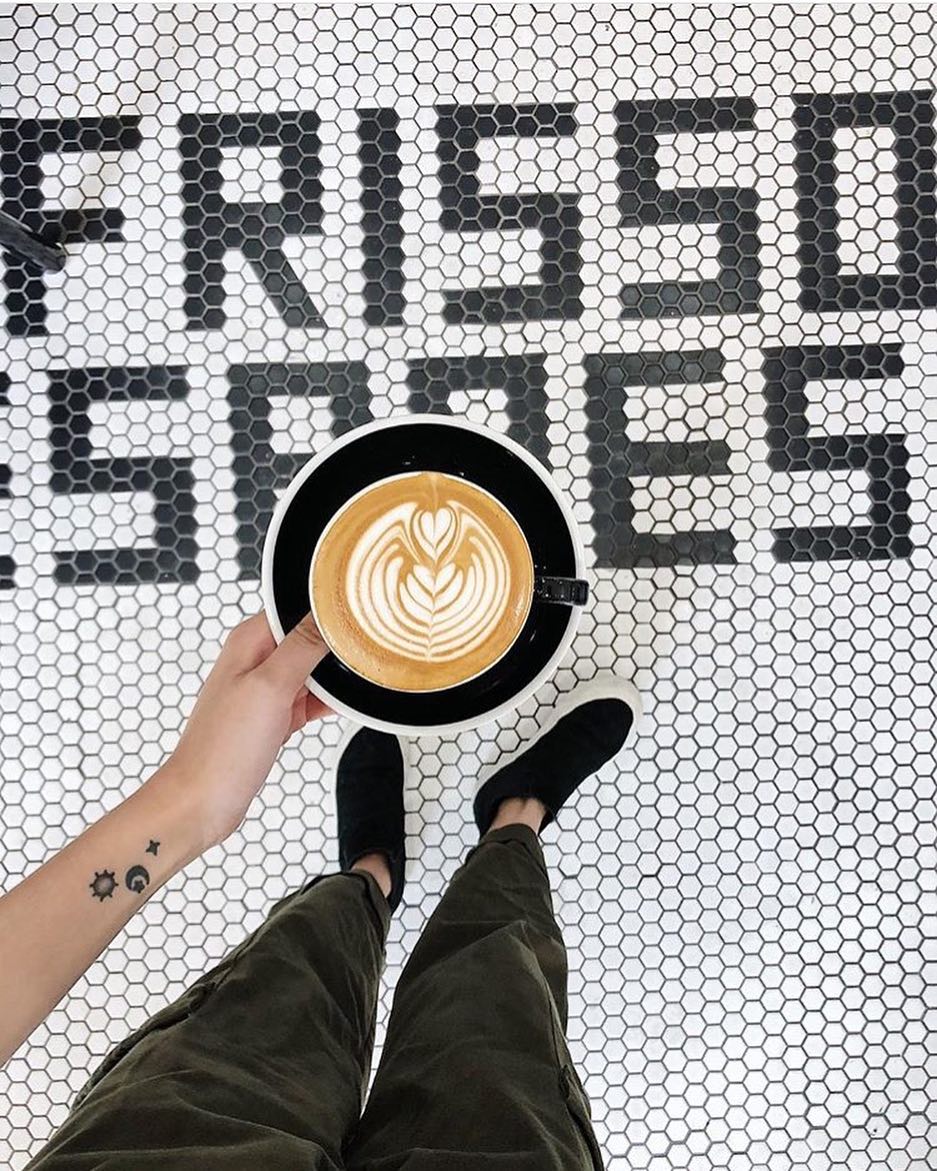 The growth of the Frisson Espresso community is timely, as the past few years have seen immense progress for the world of specialty coffee at large. “People are getting to know more about coffee,and about good coffee,” says Tulian. The widespread popularity of Starbucks and second-wave coffee has actually been beneficial for independent coffee shops, as it’s effectively brought cafe culture into mainstream awareness. The rise of the third-wave coffee movement has, obviously, been even better for independent coffee shops. “Coffee is an art. It’s only going to get bigger and bigger,” Tulian predicts, and according to all current patterns, Frisson Espresso will be right in the middle of it the whole way through. 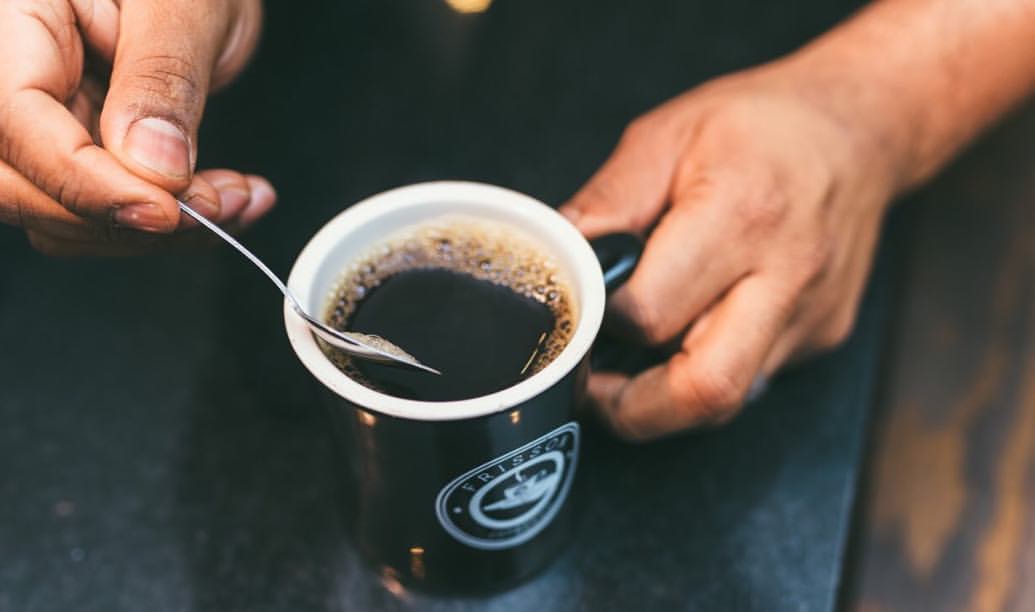 “Don’t get into coffee for the money,” Tulian advises. “Get into it because you love coffee.” For the Frisson Espresso team, coffee represents a way of life—a philosophy of doing what you love and doing it well, of constant learning and growth, of the frisson you feel when you accomplish something great. (Fittingly so, as it seems like you’d need a lot of caffeine to get all of this done.)  “You never stop learning with coffee,” Tulian says. “Coffee has been life-changing. It’s been a beautiful ride, but it’s still the beginning.”