Every coffee shop is different, and no one knows that better than you—the coffee shop owners who build a unique story and brand with every cup. Welcome to our third edition of Breaking New Grounds.

Cofounders of Cup of Brooklyn, John and Agnes, both got their starts in the jewelry industry. “We were both such social people,” said John. “Yet we were just stuck in a dark room all day looking at diamonds.” But just as time and pressure turns coal into diamonds, it wasn’t long before something happened to change their direction. When they were laid off, they saw their chance to follow their dreams of opening a coffee shop—founding the diamond of the Bed-Stuy/Bushwick border that is Cup of Brooklyn. 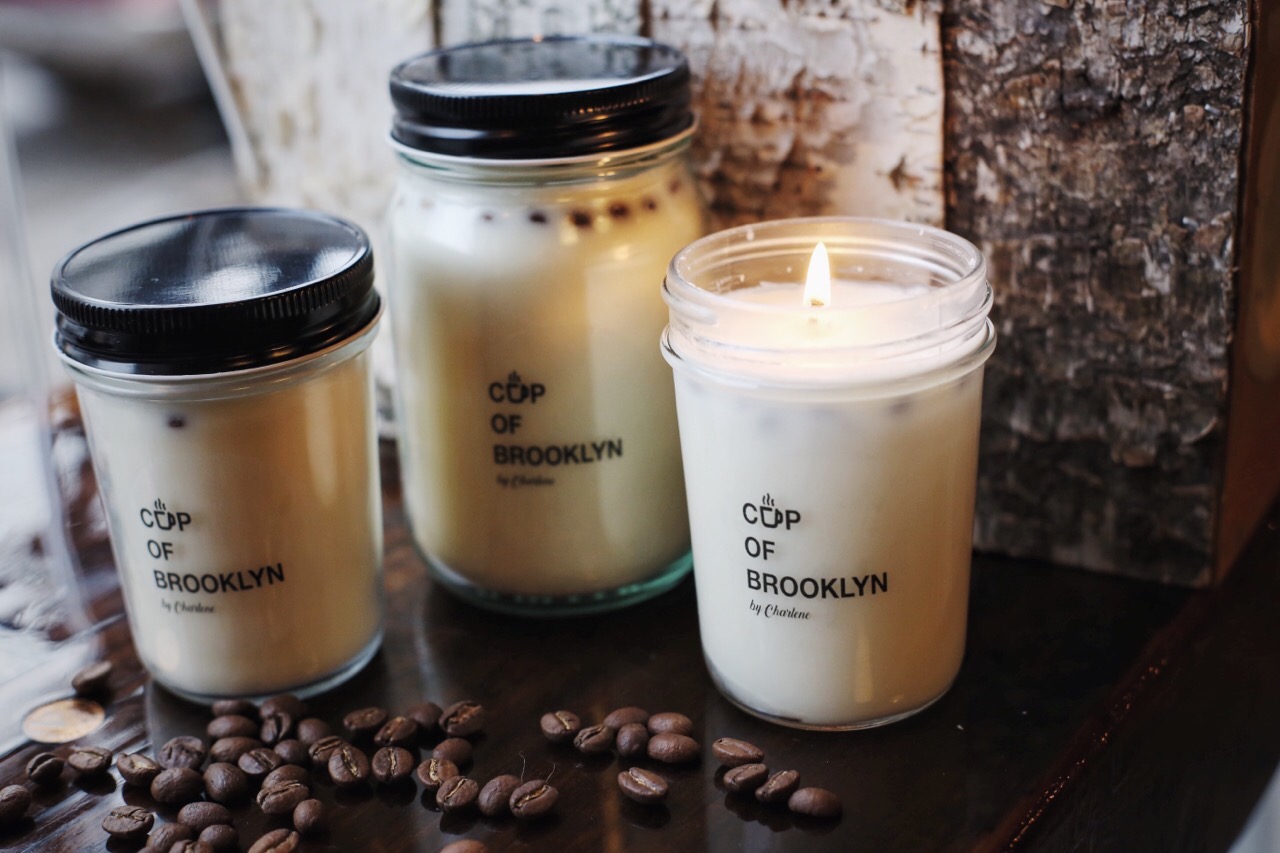 The way they found their location was equally serendipitous. “While walking down Gates Avenue one day, an older man asked my wife for a cigarette and someone came running out yelling ‘Don’t give him a cigarette!’” said John. “We walked by, saw this empty space, and they told us they were renting it.” Agnes handled design, and together the pair built the interior from the ground up. Their friends Steven and Jonathan, whom they met through partnering with Devocion Coffee Roasters, helped with the espresso bar and barista training. “Steven sat with us until 10pm at his home,” says John. “He still comes to help us out.” 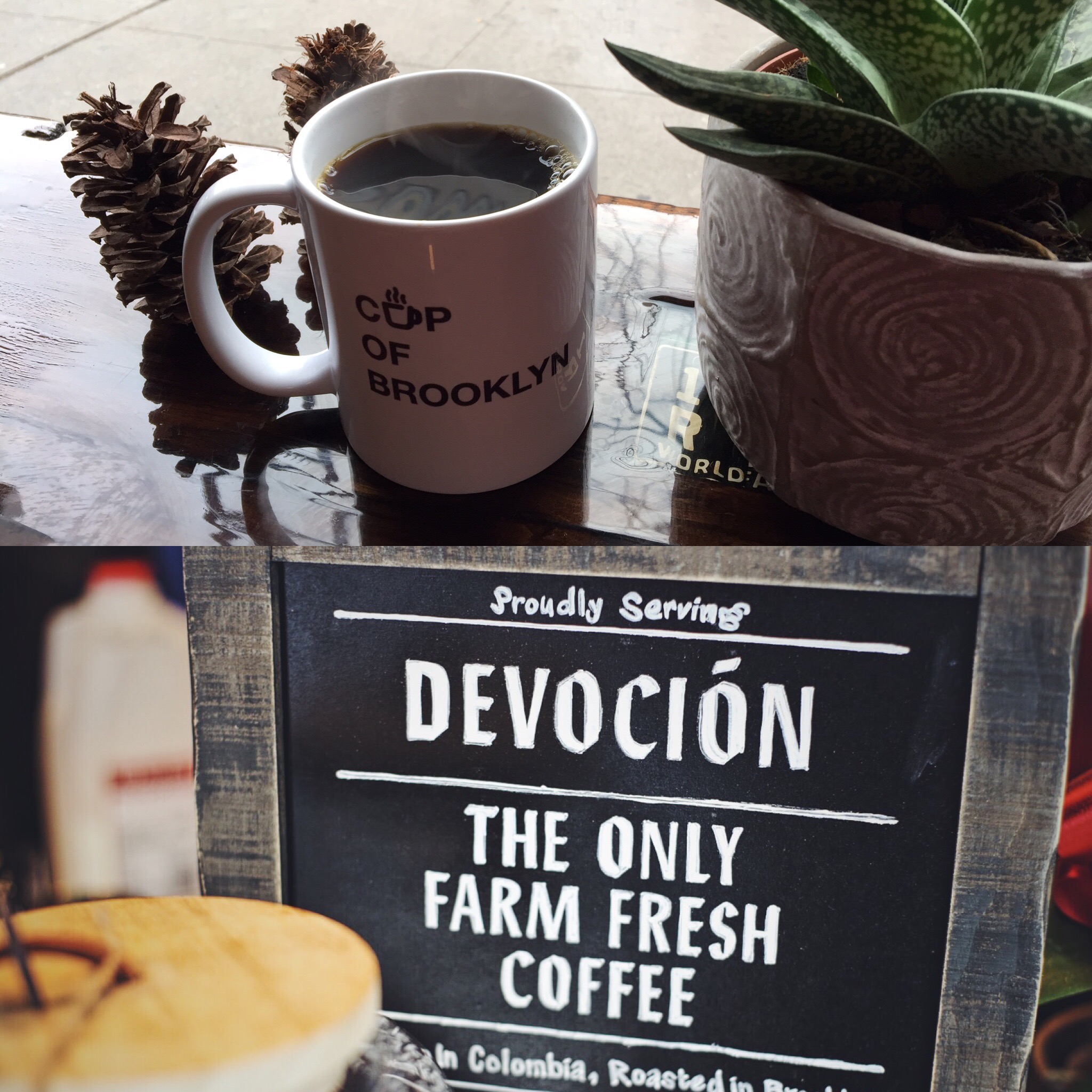 Today, Cup of Brooklyn has made a significant impact on the surrounding community. John and Agnes strive to source all their products from Brooklyn. They’ve adjusted their menu to meet local tastes, featuring vegan items, gluten-free offerings, and housemade avocado mash. It’s also a well-loved haven for their customers. Free to pursue what they love, John and Agnes have developed a coffee shop that delivers not just a product but a homebase of sorts. 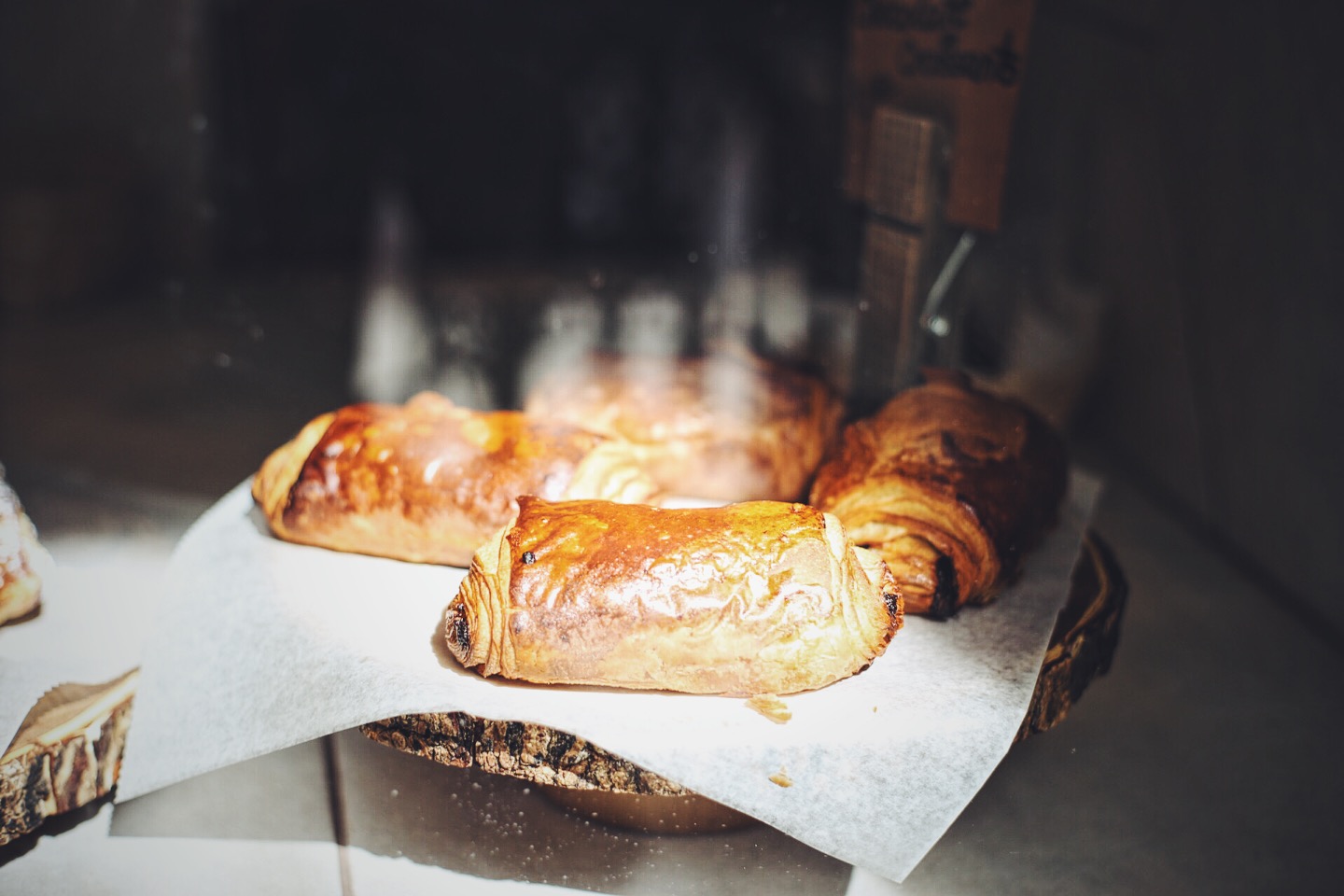 While sitting with John at the cafe, a customer arrives bearing flowers for one of the baristas—an indication of just how tight-knit the Cup of Brooklyn family really is. “It’s about treating everyone like a regular. We try to get to know people and what they are about. We like to know what people do for a living,” says John. “We’ve met a lot of people that have lost their jobs and feel lost; we would love to see people do what we did. We would love to talk to those people and guide them.” The pair knows almost their entire customer base by name, and are close enough to attend their children’s birthday parties. 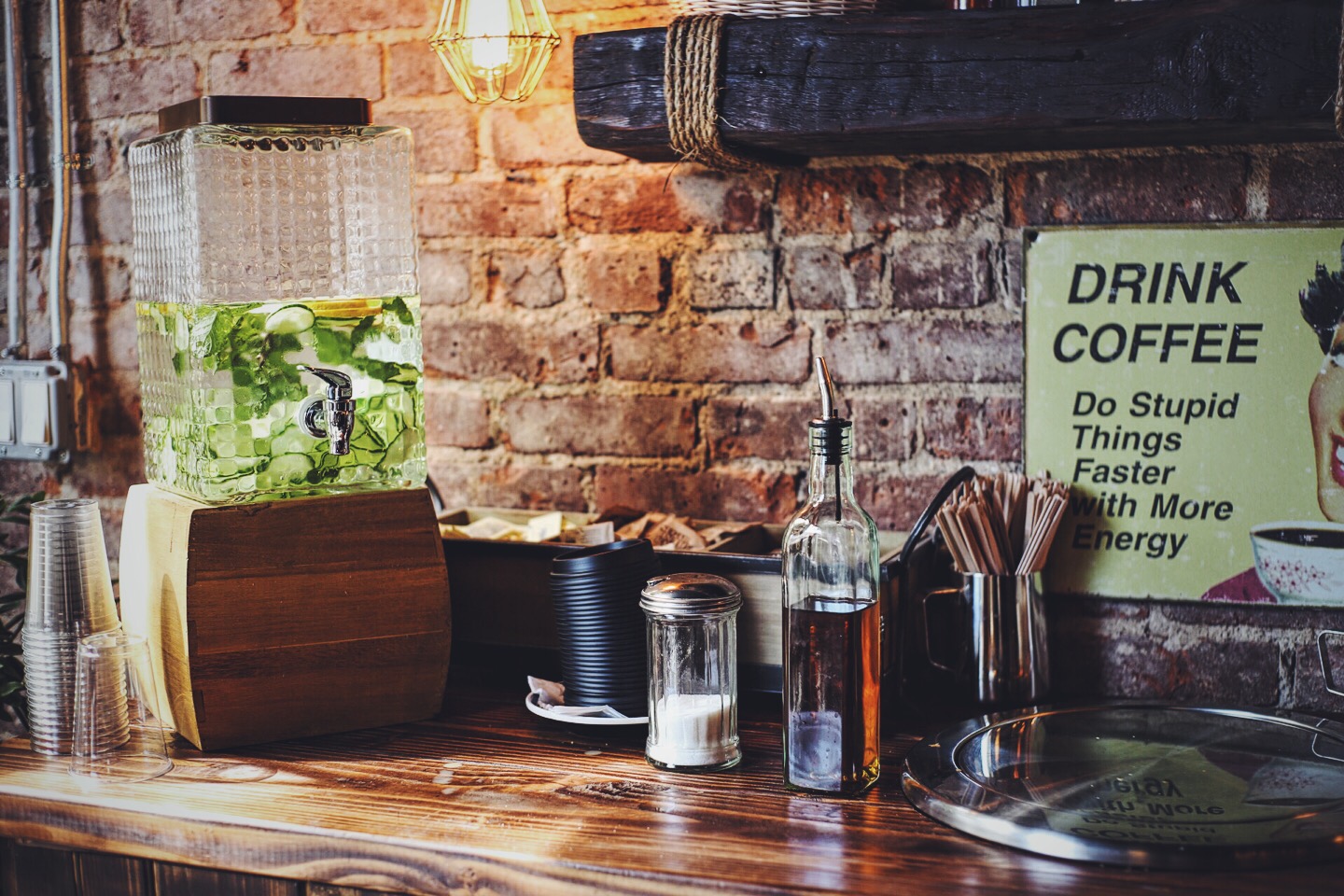 There are marks of the community throughout the coffee shop itself. They display the artwork of a former customer, LA-based makeup artist Yvonne McMorris. Kids receive free gingerbread cookie bears from Baker’s Dozen. John plans to begin selling spiced jar peppers made from his late mother’s recipe. In every way possible, Cup of Brooklyn is built by the community, and for the community. 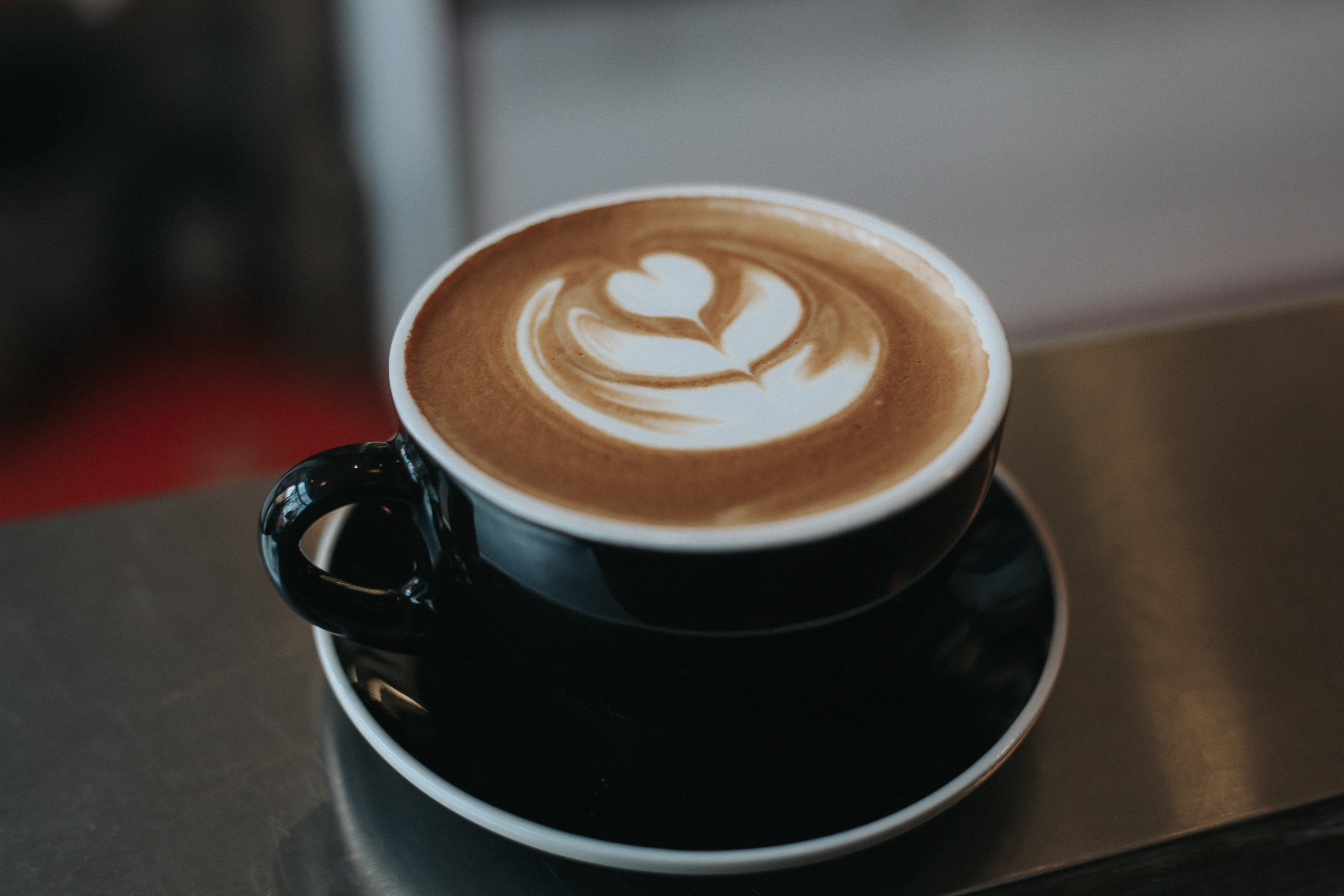 When John and Agnes first opened Cup of Brooklyn, they couldn’t meet the order minimum for milk delivery and had to pick it up themselves. “One time we got hungry. We went to a bar around the corner, met our friends there. We had forgot we had the milk in the car,” says John, laughing. “So we had to throw out all the milk. 20 gallons. We had to go get milk the next morning. That night cost us a lot of money.” 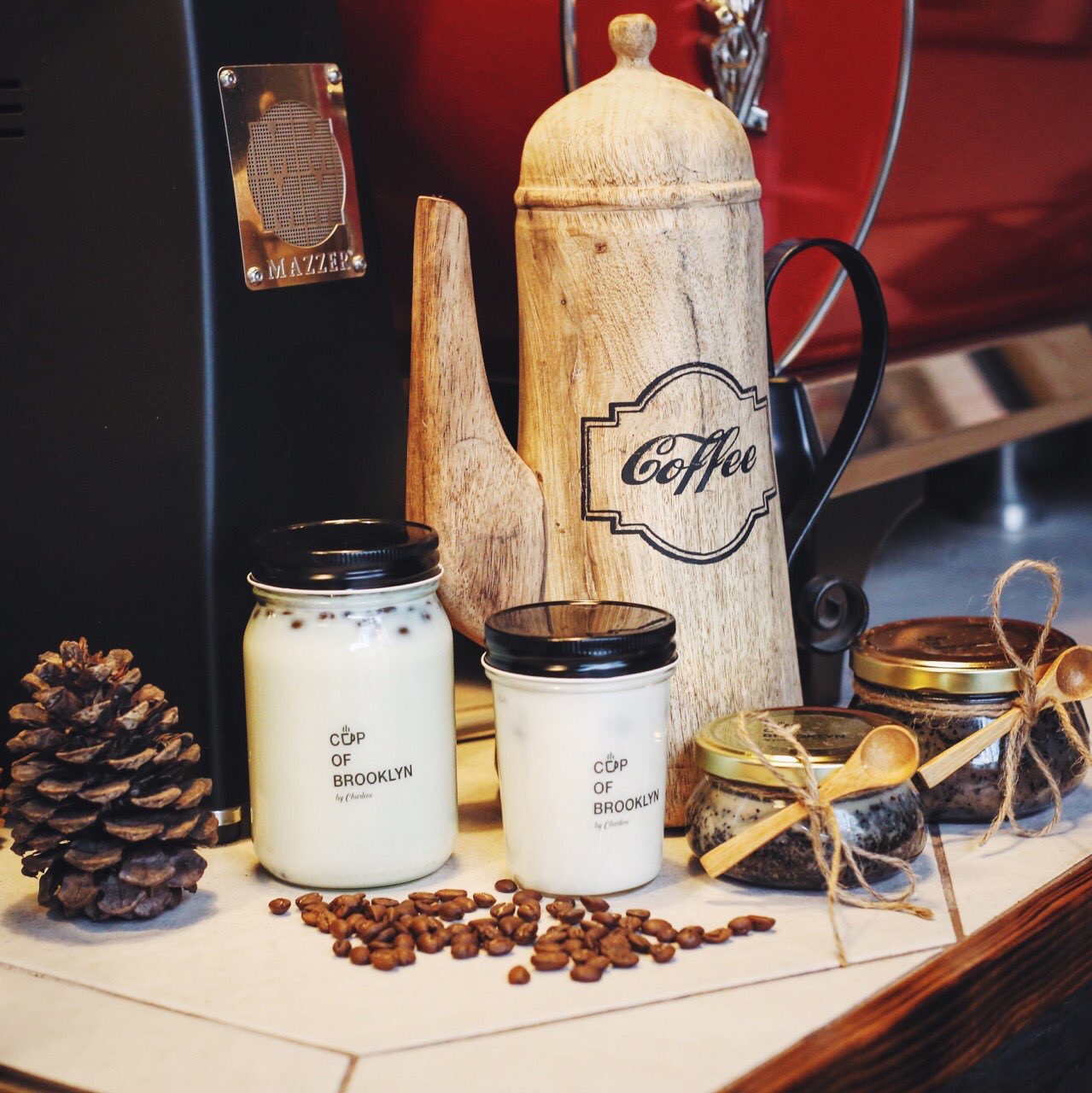 Now, Cup of Brooklyn has grown enough that they’re thinking of expanding to a second location. And they don’t always have to go to the bar around the corner to meet with friends—at Cup of Brooklyn, they’re always amongst friends.  “It’s a home for everybody to come to,” says John.